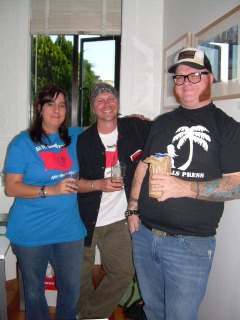 Six Ft. Swells Press began on a moonlit night with a cluster of three barstools, many dollars in the jukebox and an open tab. Three friends & After Hours poets–Matt Amott, Todd Cirillo, and Julie Valin–were talking about how poetry can be fun, and should be more accessible to the “everyperson.” After many notes and poems scribbled on cocktail napkins and the shout of last call, Six Ft. Swells Press was born with the mission of bringing our brand of After Hours poetry to truck stops, bowling alleys, bars, couch surfers, soccer moms, and everyone in between. And to have fun while doing it. We believe our poetry readings are a reason for friends to get together and celebrate what the written word can do–with the best music playing, and rounds of the best adult beverages flowing….

2005 — Our first book by pirate mates Matt Amott and Todd Cirillo. This book has received much acclaim, probably many breakups, and definitely some new exotic love interests who look better and better as the night trumps on. Tonight, You’re Coming Home With Us is going down in After Hours Poetry history. 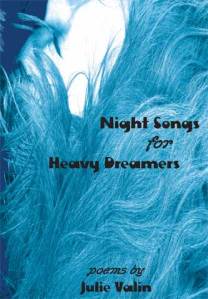 2006— Our own Six Ft. Swells darling, Julie Valin, shows her late night sensual side, as well as her ability to belly up to the bar with the best of the rowdy boys. Acclaimed Sacramento poet and literary reviewer for Rattlesnake Review, B.L. Kennedy, says, “I enjoy Valin’s sweet and very cool lyric poems of late-night rhythms and reflection. There is some personal intimacy in her words that slips beneath the reader with the soft loudness of dream.” 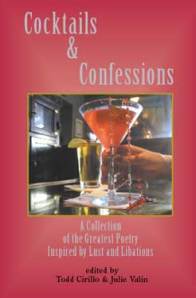 2007 – Cocktails & Confessions: A Collection of the Greatest Poems Inspired by Lust & Libations is our first “theme” collection of poems from just-discovered and well-renowned poets all over the Western U.S., including Kim Addonizio and AD Winans. If you ever wanted to read poems that reflect “goodtime evenings of drinking, music, and streetlight love affairs, and/or the painful reality of the morning after and the vague remembrance of what may or may not have occurred in the neon night before” — this would satisfy the craving.

2008 – Six Ft. Swells was ambitious this year and we released two chapbooks simultaneously: Sex on Earth by Christine Irving and Noel Kroeplin, and The One That Got Away by celebrated after-hours poet, Will Staple.  Sex on Earth is as the title implies–sensual, downright sexy, sometimes naughty and always pleasurable.

The editors at Six Ft. Swells still find themselves marveling at Will Staple’s ability to pound out poetic diamonds in The One That Got Away. His poems are at once brilliant and heartfelt with a humorous edge that burns in a good way. 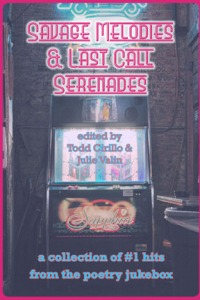 2010  was a fun year. We had the pleasure of putting together a collection of poems centered around one of our most treasured themes–Music. We proudly released Savage Melodies & Last Call Serenades: A Collection of #1 Hits from the Poetry Jukebox. It again features new and seasoned poets who appreciate a great tune at the most opportune moment and can find the words to adequately express that thrill. We were even inspired to make an accompanied CD with mentioned music from the book–everything from Sinatra to Nina Simone, Journey to Massive Attack. It’s the book you read to the one you just brought home on a Saturday night to show your etchings.

In-Between – There were two little chapbooks (Quick Shots Poetry Series) in-between those published above that we printed as limited editions. We released these for special 0ccasion readings: Poems from the Nightshift and Lost Valentines. 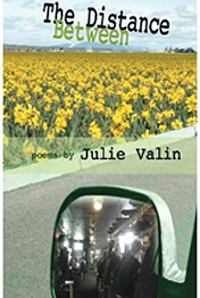 #1 (2011) – We decided to go big-time and publish our first perfect bound book in the Top Shelf Poetry Series. Julie Valin’s The Distance Between was released in September 2011. Julie’s poems in this book are a big nod to the art of juggling a baby bottle and a beer bottle in each hand, and still being able to kiss her loved one over mac and cheese.

Here is a great article about Julie and The Distance Between from The Union’s Sunday Express. 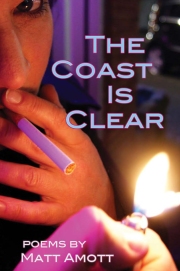 #2 (2012) – Matt Amott was ready to transfer his poems from cocktail napkins to book pages. Here is The Coast is Clear – a must for road trippers and midnight wanderers with adventurous hearts. 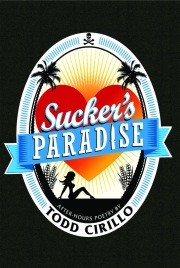 #3 (2013) – Anyone who has a heart beating in their chest is a sucker for Todd Cirillo’s poems, and now they have a treasure to hold, spill drinks on, read on a favorite bar stool, or share with the one who holds your heart, even if they’re about to stomp all over it. Sucker’s Paradise shows us that we all seek the tender moments among the broken things. 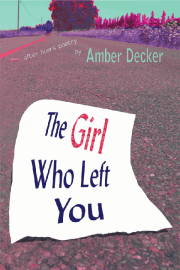 #4 (2014) – And then there was Amber. Amber Decker. When we here at Six Ft. Swells first feasted our eyes on her poems, we knew she was one of us. And by us, we mean, an After Hours poet. And by an After Hours poet, we mean, …. ah hell, just read her book, The Girl Who Left You. It’s full of all that. 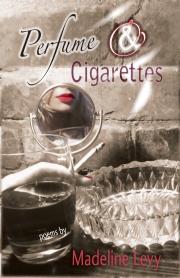 #5 (2015) – A reviewer on Amazon said it perfectly: Madeline Levy “is a poet for the now, for us, for the real people in this world.” … Yes. This is the ground that Six Ft. Swells was founded on, and we also love the ground that Madeline Levy walks on (some of us might even kiss her feet). You, too, will carry Perfume & Cigarettes around with you, in your purses and hearts. Here’s to the real people!